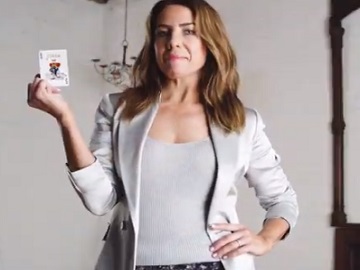 The 40-year-old celebrity stars in a TV ad, part of the brand’s new “She’s Got the Power” campaign, alongside several other women, rocking underwear from the collection, which “creates the illusion of nothing at all, under any outfit”. The styles have been paired silky tops and bold blazers to emphasize this last idea.

This is not the first time Kate has gotten down to her underwear for Jockey, though, as she has been an ambassador for the brand for a while now. This actually marks her third campaign with Jockey. She has been an advocate for embracing the skin you’re in and promoting body confidence in women.