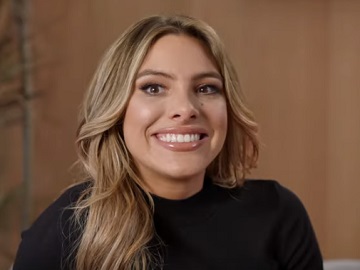 The 30-second ad features the chain’s mascot, Jack, during an interview with Lele Pons, who wrote him on Twitter that she has BIG ideas for his chicken. Informed that he’s looking for someone to make his chicken bigger, tastier, the best,” and asked what she got, the interviee answers she was “literally born for this”. Onscreen images representing a flashback of her as a baby and as a kid aim to illustrate how she was born for this. Apparently, she had a fried chicken strip pacifier when she was a toddler, she sold chicken strips at a stand when other kids were selling lemonade, and as a young woman she got a chicken strip tattoo on her arm that she demanded the artist make “extra crispy”.

At the end of the commercial, when Lele asks Jack his opinion on what she had just shared, he admits she had him at fried chicken pacifier.

The new Spicy Chicken Strips Combo, which are – according to the chain – 100% white meat made with a crunchy batter, will come in a three-piece or five-piece combo with small fries and a small drink. In terms of dipping sauces, customers have seven classic options to choose from, including barbecue, Frank’s RedHot buffalo, honey mustard, sweet and sour, teriyaki, zesty marinara, and the house buttermilk ranch.

The new spicy addition to the Jack in the Box chicken menu will be available nationwide for a limited time only, from April 22 to June 30.