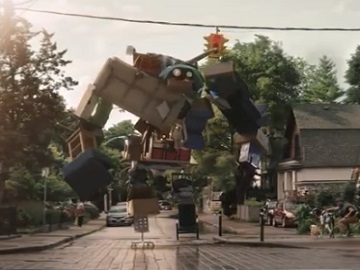 “Letting go of stuff that’s weighing us down feels good. Letting go of it responsibly feels even better. Instead of throwing old furniture away, pass it on to a new home, and witness the beautiful possibilities that can come from giving old things a new life.” This is the idea behind the latest campaign launched by IKEA Canada, titled “Beautiful Possibilities”.

The commercial, which features the Swedish retailer’s FRAKTA large reusable bag ($1), ends with a woman placing in front of her house several products that she no longer needs and she wants to give for free. “What’s old can be new again.” an onscreen line reads before the brand’s tagline appear.

The soundtrack music is “Tea For The Tillerman” by Cat Stevens.

IKEA says that, from turning recycled waste into new products, to using renewable and longer-lasting materials, they are incorporating circularity into every step of their production system and shares its belief that, by 2030, its circularity initiatives can enable more than 1 billion people to make choices that help preserve the health of our planet.

Now, with IKEA’s Sell-Back program, IKEA Family members can sell their used furniture back to IKEA for an in-store credit. Other measures to reduce waste include longer-lasting products made from renewable materials, such as the ODGER chairs, which are made from at least 55% recycled plastic, the SOARÉ placemat, which is made from water hyacinth in the Mekong River in Vietnam, and the TÅNUM rug, which is made of leftover fabric from our bed linen production, and handwoven by skilled craftspeople in Bangladesh.