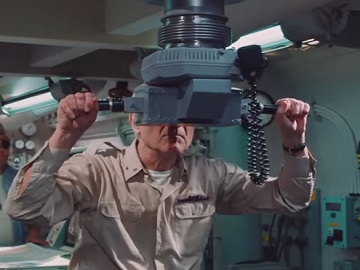 The 30-second spot features the crew of the USS Pancake submarine spotting “something big ahead”. “There’s eggs, bacon, pancakes, fresh toast… some sort of breakfast,” one of the crew members tells the captain, who concludes that’s not breakfast, but breakFEAST from IHOP. Asked what’s their course, the captain, whose tummy rumbles for the chain’s new offering, instructs the crew to head straight for it. As the spot ends, the submarine is seen wrecking several cars in a IHOP model car parking lot.

Finally, the voiceover informs that you can save $5 off $25 when you order online. This offer, valid on online orders via the IHOP website or mobile app only, is not valid with other coupons or discounts and expires on May 26th 2019.