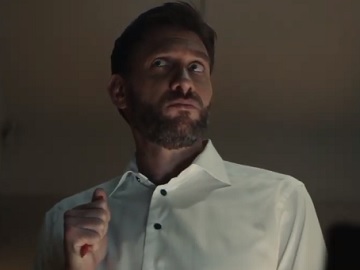 One of the ads features Mike Greenberg having problems choosing his ESPN Fantasy Football lineup. “In fantasy football, indecision is a problem,” says the voiceover in the opening of the 15-second spot, which sees the TV show host watching the sticky notes he attached to a huge board as if he has a crime case to solve. The board, split in half, “hosts” dozens of pieces of paper and post-it notes that are connected by strings to help him make decisions in regard to the players he should boom and bust (a nod to the fact that Watson provides data related to the probability of a player scoring more than their projected point total – “boom” – or less than their projected point total – “bust”).

Toward the end of the spot, the voiceover informs that this is the reason why “IBM Watson analyzes millions of expert football sources, including Mike Greenberg, to help you with your big decisions”.

Watson analyzed millions of documents, including news articles, blog posts, videos and podcasts every week during the football season, and the insight that this analysis generated was presented by ESPN to users through the ESPN Fantasy Football app and website, helping them solve their “struggles”.