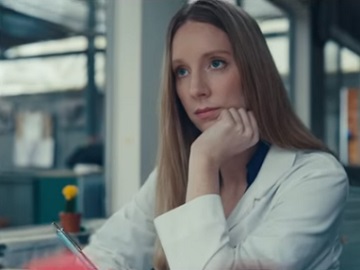 IBM urges people to put smart to work in its newest commercial, which aired during the Oscars, on February 24th, 2019.

Are you working for all of us, or just a few of us? Can we build AI without bias? AI that fights bias? AI that helps us see the bias in ourselves? We need tech that helps people understand each other. That understands my business. Dear Tech… Let’s champion data rights as human rights. Let’s use Blockchain to help reduce poverty. Let’s develop new solutions with the help of Quantum technology. Let’s show girls that STEM isnt’s just a boy’s club. Let’s make a difference in people’s lives. Let’s do it all. Together. Let’s expect more from technology. Let’s put smart to work,” the protagonists say on the 60-second ad, which features each of them in places relevant for their career.