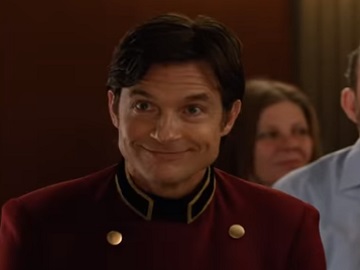 Hyundai invites you to see how they take the pain out of car shopping with Hyundai Shopper Assurance in its Super Bowl commercial, starring Jason Bateman.

The spot features Bateman as an elevator attendant who drops people off on floors that represent things in life considered painful, such as root canal, jury duty, six-hour flight middle seat, “the talk”, vegan dinner party, and finally car shopping for a couple who said they are about to buy a car. When they inform Bateman that they are getting a Hyundai and that they used Shopper Assurance, Bateman realizes it’s the case to take them up, not down as he had initially done.

“Hyundai Shopping Assurance. Transparent pricing, streamlined purchasing, a 3 Day Worry-Free Exchange and test drives that come to you. It’s car shopping made better,” the voiceover says at the end of the commercial, which also sees a man from the elevator trying to get out at that floor, but being stopped by Bateman’s character.