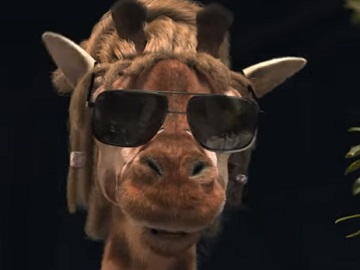 Hyundai has released a new campaign to tout its smart technology and how it helps drivers.

Titled “Easy Life with Smart Technology,” the series of four short films, presented as episodes, introduces some unique characters – animals are able to drive and spend quality time with their loved ones in a car thanks to Hyundai’s smart technologies. One of the protagonists is Superstar JJ Giraffe, who appears on a talk show and shares his amazing experience with the new technologies. After describing “this new technology” as “next-level stuff,” JJ Giraffe is asked by the TV show host to give some details and thus viewers get to learn that this technology is “totally nice and easy”. How? It drives, it parks itself, it navigates itself, and in the meantime JJ is chilling. Moreover, it even changes to relax mode when he’s stressed, which helps him have more time for himself, time that he spends doing some shopping and having his health checked.

When the show host says it sounds like this technology knows what JJ wants, the latter declares that it takes care of him and loves him almost as much as his mom.

Eventually, he adds “You all need to hear me when I say this. You’re watching the future unfold!” and the episode ends, with an onscreen line informing that more stories are coming soon.