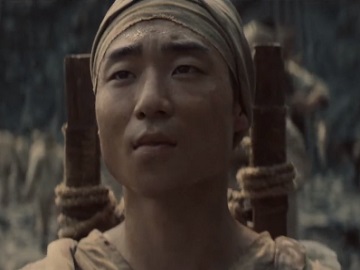 Hyundai has launched a new ad campaign in the UK, entitled “Next Awaits,” highlighting that the brand is now ushering in the future of mobility, with the Hydrogen powered NEXO, the new IONIQ Range and the KONA Electric, Europe’s first compact electric SUV.

“Progress doesn’t happen by chance. It’s shaped by history. At Hyundai, we built cars year after year, decade after
decade, piece by piece. We constructed harbors from the ground up to carry our cars around the world. We built bridges using steel we forged. And connected roads paving our way forward. But before any of this, we helped rebuild our country.

Stone by stone. By the hands of a man driven by a desire for better. And here we are. With our range of alternative fuel cars, progressing on to the next,” says the voiceover on the almost 2-minute spot, which takes viewers on a journey back in time, when the first Hyundai models were built, as well as when roads, ships and bridges were built, too, in order for the automotive company to transport its cars across the globe.

The company’s founder, Chung Ju-Yung, who started as a rice delivery boy and then went on to set up a car repair service, which became later The Hyundai Motor Group, is also featured. Determined to help rebuild his country after the Korean War, in the 1950s, he set out to reconstruct the Goryeong Bridge and Hyundai quickly became responsible for building much of the country’s road infrastructure.