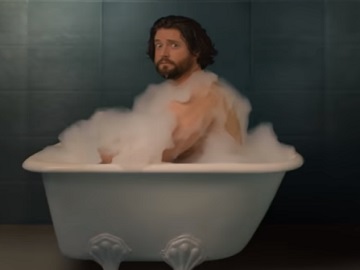 Huawei highlights, in a hilarious new ad, that the Huawei P30 Pro is coming with the AR Measure, an app dedicated to measuring the size of an object or the distance between two points on a flat surface without touching it physically.

The spot features a man dreaming about various scenarios that terrify him – the jumper he bought for his little daughter is way too big for her, the door to the dog’s house is way too small for him to get in, his new couch doesn’t fit where they wanted to place it, and the bathtub is too small for him. Luckily, he has the AR Measure app on his Huawei P30 Pro and he can take all the necessary measures to make sure that his dreams won’t come true.

The commercial ends with the lines “Rule the Perfect Life” and Huawei AR Measure flashing across the screen.

Besides the P30 Pro, the Honor View20 is also getting the AR measurement features as part of the latest update to Magic UI.