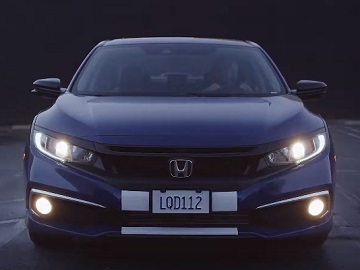 Honda celebrates its status as the official automotive partner of multi-gaming team organization Team Liquid with a series of spots entitled “Level Up,” that honors the imagination and determination of Team Liquid athletes as they compete in the year’s biggest esports tournaments.

The campaign features League of Legends AD Carry player Yiliang “Peter” Peng, better known as Doublelift, who says that, “when you’re chasing greatness,” “it’s not about what you say, it’s about what you do,” the Jigglypuff main Juan “Hungrybox” Debiedma, also known as Hungrybox (or HBox for short), who says that doubters will always have things to say about him, but this is what drives him, Noah Wright, better known as “Vivid,” who says that “every win, every loss, every close call, every outplay – it drives him to become a better player, every time,” and Co-CEO and Owner of Team Liquid, Steve Arhancet (“LiQuiD112”), who says that, “when you want to turn your dreams into a reality, you’ve got to see it before everybody else does”.

Founded in 2000 and based in the Netherlands, Team Liquid also created a Fortnite team as of June 2018. Their European Dota 2 squad won The International 2017, which had one of the largest prize pool for any esports tournament in history, and their League of Legends team had won LCS 3 times.