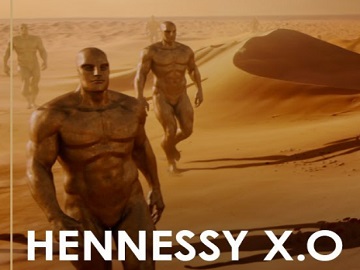 Entitled “The Seven Worlds,” the film, which is available as a 4-minute version, but also as a 60-second version, highlights the seven notes of X.O – sweet notes, rising heat, spicy edge, flowing flame, chocolate lull, wood crunches, and infinite echo. The gathering of golden liquid by some people, colossal golden figures similar to the Oscars award statue that walk behind human figures, protecting them from the light with their shadow, androids coming to life through spicy synapses, beings meditating peacefully amongst levitating rocks, are only some of the snapshots given to viewers of each individual world, that represents one of the seven notes.

“Each drop is an odyssey,” an onscreen line reads at the end of the video.

The spot, from agency DDB Paris, will air on the brand’s website during the Oscars, on February 24. Its shorter version will air during a commercial break for the 91st Oscars telecast.