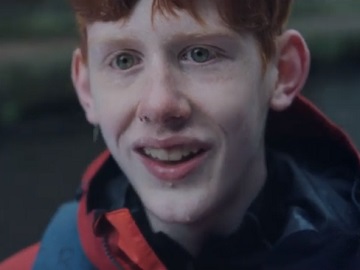 Heinz UK continues its “Heinz Makes It Better” campaign with a new installment, showing another small way that can help make life a little bit better.

The spot features a red-haired young man named William who’s attending a canoe competition and is daydreaming, while the boat races under the final bridge, about the warm, creamy, tasty Heinz tomato soup, which – the voiceover says – has no artificial colors or preservatives.

“Heinz Tomato Soup, Makes It Better,” the voiceover adds at the end of the advert.

A previous advert in the brand’s “Heinz Makes It Better” campaign featured a young woman on a bus who, seeing the hairdo of the passenger in front of her, starts dreaming about French fries dipped in Heinz [Seriously] Good Mayonnaise.

Earlier this year, the brand teamed up with award-winning musician Ed Sheeran for an advert touting the Heinz Tomato Ketchup. The artist is shown in a posh restaurant, grabbing a bottle of ketchup from his backpack and using it on the fancy dish, leaving witnesses in complete astonishment. As part of the campaign, Heinz also released a limited-edition, Ed-inspired bottle of regular Heinz Ketchup, which went on sale on a special website for $5 plus shipping.