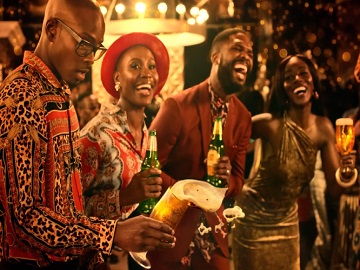 The spot, created by advertising agency HeyHuman, London, features a group of friends in a bar, having Guinness Gold. As they raise their glasses for a toast, time stops for a moment, in which one of them says “86,400 seconds in a day and just one like this. The golden moment, when it all comes together. The people, the style, the flavor. I’ll drink to that”.

When he finishes his “speech,” the music starts playing again and the friends are all back to their initial state.

Launched earlier this year, in March, Guinness Gold, infused with crystal malt and amber malt, was initially available in select outlets for a 600ml bottle.