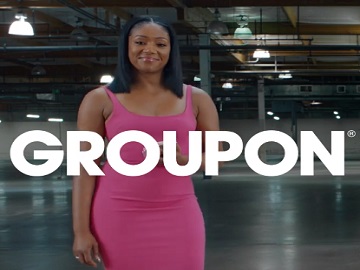 Groupon has released a new ad, encouraging people to use Groupon in their neighborhood because this means they’re making a vote for local businesses.

The spot features Tiffany Haddish standing in an empty parking lot and holding her smartphone, while talking to the camera. “When I spend money, I’m voting with my dollars. When I use Groupon in my community, I’m voting for local, so get out there, shop local and save money now,” the actress says.

At the end of the commercial, the #VoteForLocal hashtag flashes across the screen.

The company has recently released a series of other videos, featuring business owners whose businesses have grown thanks to Groupon. Thus, the people behind businesses like Big & Little’s Restaurant from Chicago, Osaka Restaurant from Las Vegas, 105F Yoga from Chicago, Hangar 18 from Upland, Sisters of the New South from Savannah, Cactus Salon from Stony Brook, NY, and more, are seen talking in front of the camera about how the number of their clients has risen since partnering with Groupon and their products are now known by many more potential clients.

Tiffany Haddish, a brand ambassador for Groupon, starred, last year, in the company’s Super Bowl commercial, pranking a local business hater. In 2018, she also appeared in multiple other ads, aimed at highlighting that saving money is easy with Groupon.