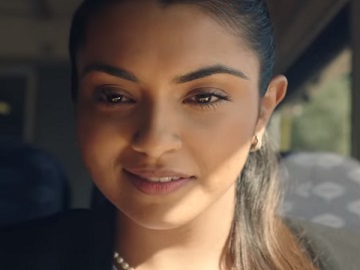 Google showcases its Pixel Slate in a new commercial, aimed at highlighting that, “Whether you’re working on the train or playing under the stars, Google Pixel Slate helps you do you”.

The 30-second ad, titled “Finding Orion,” features a young woman who’s working, during a train ride, on her Google Pixel Slate. While she’s writing a Merger Proposal, she’s receiving from a friend a poster she made to welcome the “Elm Ridge Stargazers,” a group of kids who are supposed to gather that night at Elm Ridge to gaze at the stars and find a star constellation. As the spot goes on, it turns out she’s some sort of instructor for those children and uses the Pixel Slate to teach them about the stars and their location.

“For work and finding Orion” an onscreen line reads at the end of the commercial.

The Google Pixel Slate is a 2-in-1 device that blends a tablet and laptop. It runs on Google’s own Chrome OS software and has a variety of accessories like a keyboard-folio and Pixel Pen stylus. With a 12.3-inch screen, it features a lightweight design and comes in a Midnight Blue shade. It has a built-in fingerprint scanner for secure log-ins, dual front-firing speakers, and configurations to meet everyone’s needs, which range in price from £549 to £1,549.