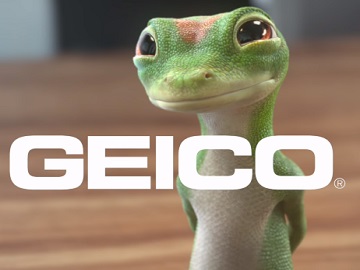 The Gecko is back to the small screen, in a new ad for GEICO. This time, he doesn’t want tell his co-worker his name when he forgets it during a meeting.

The spot opens with the small lizard in a conference room, praising a colleague named Tim for his presentation and asking him to e-mail him the part about GEICO making it easy to switch and save hundreds. Tim says he will send it, but he realizes he doesn’t know the Gecko’s name. The latter realizes that, too, but Tim doesn’t admit it, saying that he just gets him mixed up with the other guy. He then asks about the other guy’s name and asks the Gecko what’s his name, too.

“Switch to GEICO. You could save 15% or more on car insurance,” the voiceover says at the end of the commercial, which also sees Tim insisting for the Gecko to tell his name because he wants this to be over.