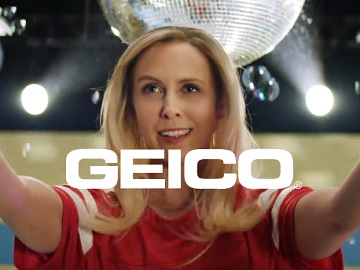 GEICO has released a new ad to remind people that 15 minutes could save them 15% or more on car insurance.

The spot opens with a GEICO customer named Erin saying she saved hundreds of dollars when she switched her car insurance to GEICO and describing the feeling she experienced. She says it was like “that feeling when you pull your green sock out of the dryer and then the very next sock is the other green one. And then you pull out two blue ones. And you keep going till you’ve matched every single sock in perfect order. And the owner of the laundromat is so impressed, he hangs a picture of you next to the dryer”.

The commercial, whose cast includes Erin Moore as the real customer, Phoebe Kuhlman as Erin re-enactor, Lawrence Darnell as the laundromat owner, and Holly Hyman, Owain Davies, Donna Pieroni and Darrion Gallegos as laundromat customers, concludes with the voiceover adding the insurance company’s tagline, “15 minutes could save you 15% or more on car insurance”.