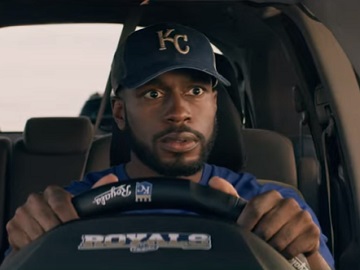 A Royals fan and a Cardinals fan fight over who gets the last space in the parking lot in the latest GEICO ad, which celebrates the company’s status as Official Auto Insurance Partner of Major League Baseball.

The spot features a Royals Fan, played by Jordan Hubbard, as he initially allows another driver in the parking lot to go ahead. When he realizes, though, that the latter, played by Danny Fehsenfeld, is a Cardinals fan, things change. The two men are not willing anymore to give up at the parking space and spend the rest of the day fighting over it from their cars.

“Rivalries are tough. Saving money with GEICO is easy,” the voiceover says at the end of the spot, adding “GEICO – Proud Partner of MLB”.