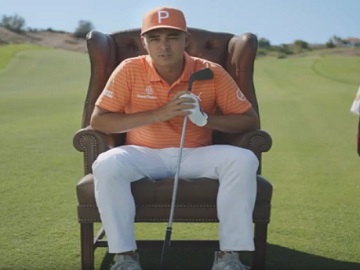 Professional golfer Rickie Fowler shares his steps on how he prepares for a tournament in a new commercial for Farmers Insurance.

“When you prepare for everything, you know how to handle almost anything” an onscreen line reads at the end of the commercial.

This is not the first time Fowler starred in ads for the insurance company. In previous spots, released in the past years, he traveled back in time to compete against his younger self, give himself some putting pointers, and potentially disrupt the entire space-time continuum. He also showed young Rickie how, with proper technique, hips can generate powerful drives and also that they can generate powerful dance moves.