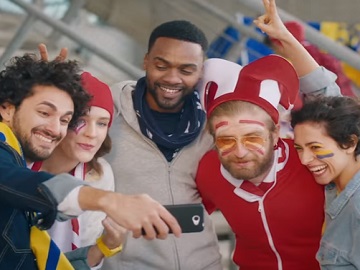 Expedia celebrates its status of official travel partner of the UEFA Champions League in a new commercial, urging people to “Travel Like A Champion”.

The 30-second ad opens with a bunch of friends on a stadium, at a UEFA Champions League match, who realized, on their way there, how fun a road trip can be, met interesting people, discovered a new favorite food, a new favorite view and made new favorite memories.

The ad ends with the voiceover urging viewers to book their flights, hotel and car on Expedia and “travel like a champion”.