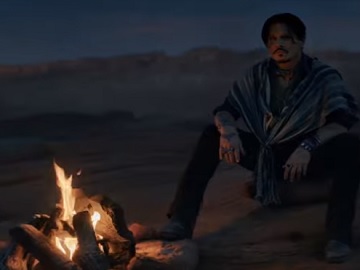 Dior’s commercial for its fragrance Sauvage, launched on August 30, has been pulled after it drew criticism for its use of Native American imagery in connection with the word “Sauvage,” which resembles “savage”.

Directed by Jean-Baptiste Mondino, the ad is set in the Canyonlands in Utah and features Johnny Depp wandering through the red rocks and playing the electric guitar (the soundtrack is the 1958 instrumental hit “Rumble”, by Shawnee Native American artist Link Wray). Canku One Star, a member of the Rosebud Sioux Tribe in South Dakota, is shown clad in a traditional dress (called regalia), performing the Fancy War Dance. Tanaya Beatty, a descendant of the Da’Naxda’xw Nation people, also features.

The French fashion house described the “Sauvage” campaign, which was also created in collaboration with the 50-year-old Indigenous advocacy organization Americans for Indian Opportunity, as a “love letter to the spirit of a land that should be protected, culture that should be celebrated and to peoples that should be honored”.
Depp has been the face of the fragrance, which was originally released in 1966 and named after a friend of Christian Dior, since 2015.

As of September 2, Dior has deleted all posts and videos across social media from the campaign and issued a press statement mentioning its “long-standing commitment against racism or any kind of discrimination” and that it “will continue to work with and proudly support organizations which fight against those burdens.”

Previous: Volkswagen Atlas Families in the Morning Commercial Song – Room for Everyone
Next: Compare the Market AutoSergei Advert: Aleksandr & Sergei in Self-Driving Car