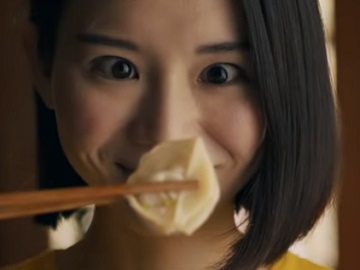 Deliveroo shows people what food freedom looks like in its latest ad.

“This is food freedom. The freedom to order the same thing every Saturday night, to change your dinner options, to being too busy to cook. Order what you want, where you want, when you want,” the voiceover says on the 30-second spot, which illustrates in a humorous way the narrated text through a variety of out-of-this-world scenes that “celebrate the joy of a good takeaway” and feature, among others, a man who orders every Saturday night, since his young years to his old age, the same meal, a jailed man who orders a pizza in the middle of a field where he gets through a tunnel, a woman driving a convertible with dollar bills flying around her head, and an astronaut who orders sushi to his spaceship.