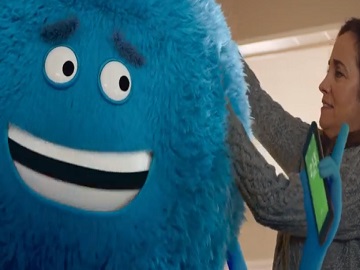 Cricket Wireless highlights that it offers 4 lines of Unlimited Data for $100/month in a new commercial, featuring its furry mascot Barry.

The 30-second spot opens with a young woman returning home and introducing her friend Barry to her family. “Unlimited Data Barry?”, “Rated #1 in Customer Service by JD Power Barry?” her family members ask him. When her mother approaches Barry to take his coat, she learns that actually that’s his fur.

The ad ends with onscreen lines informing that the wireless provider offers 4 lines of Unlimited Data for $100/month.