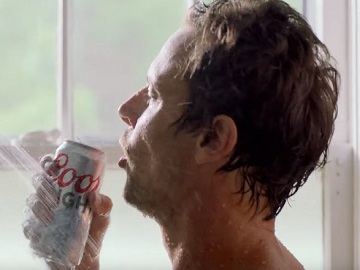 Coors has released a new ad, presenting Coors Light as the “Official Beer of Drinking in the Shower”.

The spot, created by the brand’s new creative agency, Leo Burnett, features a guy drinking a Coors Light in the shower and dancing to the rhythms of Gipsy Kings’ song “A Mi Manera”, which is a cover of Frank Sinatra’s “My Way”.

The commercial ends with the tagline “Made To Chill” flashing across the screen.

This is the brand’s attempt to position the alcoholic beverage as the perfect choice for small moments of joy throughout the day. Other spots feature two roommates waking up on a Saturday morning to cook some breakfast sandwiches and watch soccer, and a woman who takes off her bra at the end of a long day and enjoys a Coors Light.

The campaign also includes out-of-home displays nationwide, the sponsorship of Will Ferrell’s Ron Burgundy podcast, as well as partnerships with influencers.