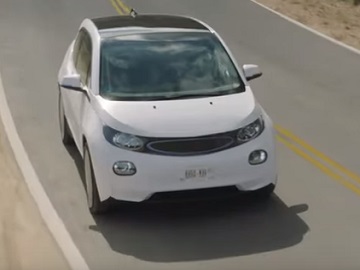 The spot features Aleksandr as he tells Sergei, who’s driving a Fiat down a coastal road in California, about something that is completely automated and will change driving for ever. “Are you sure? Sergei asks. When his boss confirms, with the mention that “you can just let go and relax,” Sergei does that literally and takes his hands off the wheel, leaving the car drive by itself. As Serghei lays on his back, Aleksandr asks him what he’s doing. “Well, you said it was automated,” he replies, confident that he no longer needs to stay focused on the road. Aleksandr then specifies that he was not referring to the car, but to car insurance and shows him AutoSergei, which searches for Compare the Market introduced AutoSergei in December 2018 to promote the launch of its automated deal-checking tool EnergyCheck, which offers regular checks and monthly alerts to ensure customers are on a competitive energy tariff.

Sergei and Aleksandr have been featured in numerous ads over the time to promote the comparison website’s Meerkat Meals reward programme, as well as Meerkat Movies, which offers 2-for-1 cinema tickets, but only one day/week.