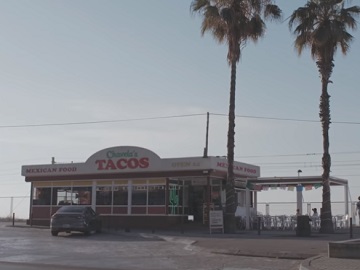 Coca-Cola delivers an empowering message in its latest commercial, encouraging people to overcome the differences between them and come together to enjoy their meals with a Coca-Cola by their side, of course.

The 60-second spot, dubbed “It’s time to eat together,” features people in different places, eating various dishes from across the world, but all drinking Coca-Cola. “Mexican food is everywhere and nothing can stop it. Arabic food is welcome… everywhere. Chinese restaurants have conquered us. And nobody can resist them. Because they are just like Coca-Cola… from everywhere and for everyone. That’s why, it doesn’t matter if French fries come from France.

Or if you prefer pizza with or without pineapple. Because despite the differences we will always come together to enjoy our meals with a Coca-Cola,” onscreen lines read throughout the video, which is scored by Papa Music’s version of the iconic song “What A Wonderful World”.

At the end of the commercial, which sees a diverse cast around the table, enjoying their meals with Coca-Cola, the line “Better together” flashes across the screen, preceded by the famous brand’s tagline, “Taste the feeling”.