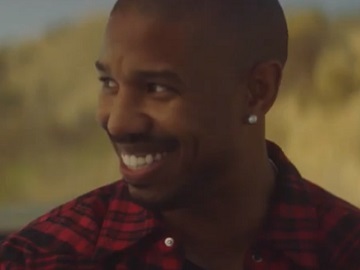 Coach has released a 90-second film featuring Michael B. Jordan and designer Stuart Vevers as they drive through L.A. and talk fashion, function, and cars ahead of the launch of our upcoming capsule collection with Michael.

The Creed star shares childhood memories, his interest in design and fashion, and shows Vevers his old neighborhood and even where he used to live. He thus reveals his father had an old-school Camaro growing up and they used to stop and take the roof off and put it in the trunk, that his mother worked a lot with leather, making leather pouches and bags, African masks and other similar items. In terms of design and fashion, Jordan says he’s interested in functionality, “having pieces that have a purpose that are just cool,” and that “there is no right or wrong thing in fashion, it’s art”. “So it’s kind of like your own personal style, your own personal flair,” he also says.

Michael B. Jordan, announced as the global ambassador for Coach in September 2018 (becoming thus the brand’s first ambassador), was the face of the brand’s Spring 2019 campaign and the face of its men’s fragrance collection.