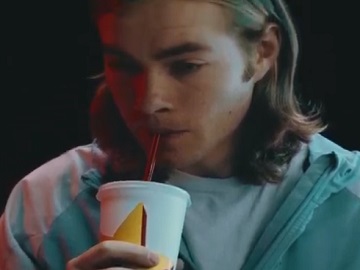 Carl’s Jr. joins the line-up of the companies that released April Fools’ Day jokes. The fast-food chain announces, in a 30-second teaser, that “Vape Cup” is coming soon.

The spot features a young man donning a 90s’-inspired outfit and apparently sipping a drink from a Carl’s Jr. cup, while sitting on a chair. As the spot ends, it turns out he was not actually drinking something, but vaping.

Among the other companies that announced groundbreaking innovations these past days also are Google, which presented, in a recent ad, Screen Cleaner, a new feature in the Files app that makes your phone able to keep itself clean from the inside out, Roku, which introduced “the first-ever pet friendly TV remote,” Roku Press Paws Remote, T-Mobile, which introduced the Phone BoothE, a soundproof cube that allows T-Mobile customers to take and make calls or browse their smartphone in peace, in some of the loudest cities in America, and the Phone BoothE Mobile EditionE, the portable version of the Phone BoothE, and more.