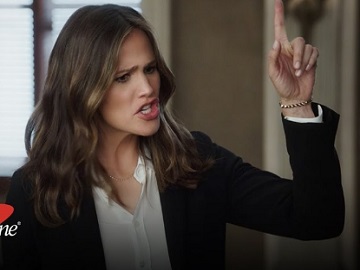 Jennifer Garner returns to the small screen as a lawyer in one of the latest Capital One commercials, that focus on the Venture Card.

Jennifer Garner, who became Capital One’s spokesperson in 2014, appeared in several other spots, set in different places, from an airplane to a mall, to talk about the Venture Card and its benefits. In 2016, she starred in a commercial with her father William “Bill” Garner, in honor of “Bring Your Father to Work Day”.

Previous: Farmers Insurance Hall of Claims Rock and Wreck Commercial
Next: George at Asda Back to School Advert – Kids Running Away from Monster