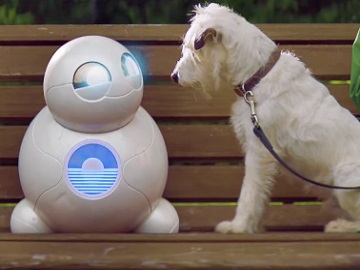 Canal & River Trust, the charity that holds the guardianship of canals, rivers, reservoirs and docks in England and Wales, has launched a new campaign, introducing Well-B, a little robot who has discovered that canals and rivers are a great place to spend time to recharge.

The organisation says of Well-B that he loves all the different things going on down by the water. “Whether people are walking, running, biking, boating, fishing, resting, spotting wildlife or simply seeking a bit of headspace, Well-B enjoys being with them all,” Canal & River Trust informs.

The spot follows, in fact, Well-B as he floats along canals and rivers and relaxes with a furry friend, a Parson Russell Terrier named Smurf. Serving as soundtrack is the 2018 single “Sweet Nothing” by Sylva, from her eponymous album.

Launched on 12 July 2012, Canal & River Trust took over the responsibilities of the state-owned British Waterways.