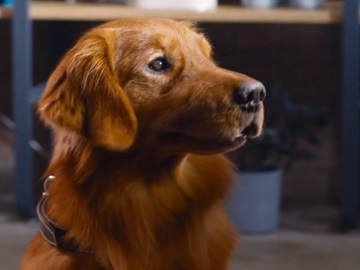 The 15-second spot features Jay Bush being asked by his dog, Duke, about the reason why burgers taste better with Bush’s Baked Beans. “Because opposites attract, Duke,” answers the man, adding that “Savory and sweet flavor contrast to burgers and baked beans brings out the best in each other. “Like I have fur and you have…,” Duke says, trying to make an analogy. But Jay doesn’t hesitate to admit that he has “a lot of bald”.

This is not the first time Jay Bush and his furry friend co-star in a commercial for Bush’s Beans. They have also pitched the brand’s Savory Beans, and, in an older spot, they showed people the secret kitchen where the brand’s variety of canned baked beans are made.

According to the brand, these beans are “naturally gluten-free and cholesterol-free” and “are picked at the peak of perfection”.