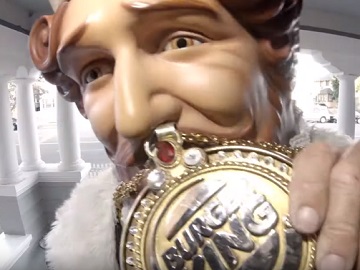 Burger King has released a new commercial to promote the BK Delivery.

The spot, created by agency MullenLowe, features video doorbell footage of the burger chain’s King mascot, who visited hundreds of Los Angeles-area homes that had Amazon Ring doorbell cameras, as he spreads the news of the nationwide expansion of Uber Eats delivery.

As part of the promotion, the fast-food franchise is offering, for a limited time only, $0 delivery fees on orders placed through the BK app or bk.com.