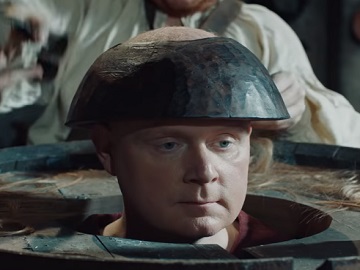 The spot, from agency Wieden+Kennedy, ends with the tagline “Bud Light – Brewed With No Corn Syrup” flashing across the screen.

The brand’s other spots feature the Mountain (played by bodybuilder Hafþór Júlíus Björnsson) recreating an iconic scene from Game of Thrones, two warriors in a trojan horse discussing about the ingredients in their beers (Miller Lite, which is brewed with hop-extracted corn syrup and Bud Light, which is not) and a troop from the Bud Light kingdom that embarks on a journey to deliver a shipment of corn syrup to its rightful owner.