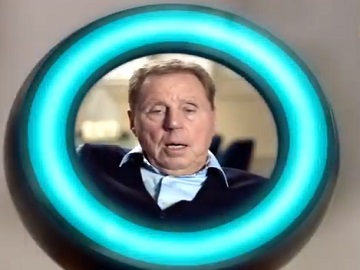 The spot, part of the operator’s #HeyHarry campaign, debuted today, March 8, and features Redknapp as the face of BetVictor’s new chatbot feature. Asked by a man who he thinks will win the football later, he answers it’s a tough one to call and urges him to “ignore them pundits in their fancy suits”. As he’s starting to tell him who to put his money on, Redknapp remembers he forgot to take the bin out and leaves. Unfortunately, he gets locked out and needs to call his wife.

The advert ends with the voiceover advising viewers to listen to Harry and make their best bet with BetVictor. The brand’s tagline, “Make your best bet,” is also seen flashing across the screen.

Harry Redknapp, appointed on March 8 as a Brand Ambassador for BetVictor, on a two-year contract, joining thus the likes of ex-England football star Michael Owen and 23-time TT winner John McGuinness, will also appear on radio ads, as well as in content around major UK horse racing events, with casino and help centre integration. The campaign also includes digital, PR and social.

“Harry’s opinions on football are respected throughout the game and his knowledge of horse racing, which is part of our business’ heritage, makes him a tremendous asset for BetVictor and our customers to tap into – it’s clear that Harry represents the perfect Brand Ambassador for us,” Matt Scarrott, Director of Sportsbook, said in a statement.

BetVictor now offers its new customers the chance to bet £5 and get £30 in bonuses. What they need to do is deposit and bet £5 at odds of 2.00 or greater within 7 days of registration (excludes cashed out bets) and they will subsequently get 2x £10 Free Bets, for set events only, at odds of 2.00+ plus a £10 Casino Bonus, wager 40x to withdraw winnings. More terms and conditions are available on the company’s website.