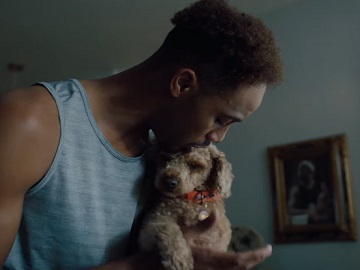 Best Buy has released a series of hilarious new ads to promote its student deals.

One of the spots features Brandon Armstrong, the man known as @BdotAdot5, trying to train his dog, Dotson, to play basketball. The internet sensation, who’s also NBA All-Star celebrity game MVP and member of the Melbourne University Black Angels, grabs his Chromebook, takes it to the living room and starts the teaching session, but his furry friend doesn’t seem too motivated to learn, despite the fact that he’s also given a special jersey. Brandon also tries to inspire Dotson to realize his true star potential by giving him a pep talk (“teamwork makes dream work”), but all his efforts are in vain.

Best Buy informs that you can save up to $150 on select Chromebooks and save an extra $50 with Student Deals.