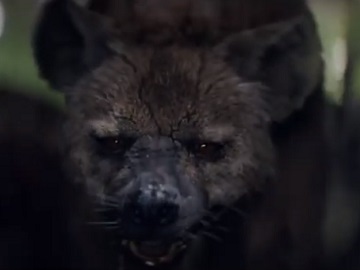 British NGO Barnardo’s advertises its mental health services in a new advert, that features hyenas as a symbol of the anxiety felt by bullied children.

The 60-second spot, created by agency FCO Inferno, which marks the first installment in a three-part series entitled “Believe in Me,” features a 12-year-old girl who shares her story of bullying, giving thus viewers a glimpse into the mind of a child suffering from anxiety and depression. “I moved school when I was 10. I don;t know why they picked me. I was always scared and worried. Even at home. They’d message me all the time. I just wanted to hide. But coming to Barnardo’s helped me deal with it. I feel better. Stronger. I know I can get past this,” the girl says in voiceover.

“No child should face fear alone” an onscreen line reads at the end of the advert, which sees the girl in a Barnardo’s center, getting support from a Barnardo’s counselor. Eventually, viewers are also encouraged to donate at the organisation’s website.

The campaign will also include other two spots, scheduled to be released at a later date. Barnardo’s chief executive Javed Khan said, in a press statement, “Our aim was to bring to life the serious challenges faced by the children we support. The use of CGI helps give TV viewers a sense of the way a child might feel when they are bullied, on and offline, and the impact it can have on their mental health”.

At the organisation’s website, visitors can find helpful information and support tips from practitioners, find support, as well as support Barnardo’s work by making a donation.