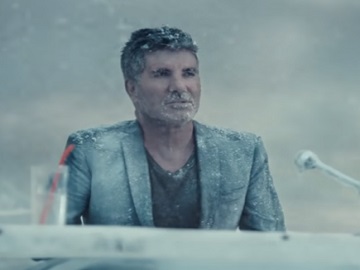 Barclaycard has enlisted Simon Cowel to pitch its Repayment Calculator.

The music mogul stars in a 60-second advert for the bank, encouraging viewers to use this service. “I’m Simon Cowel. And you know I know good business. So when Barclaycard told me about their Repayment Calculator, which shows how a small extra payment each month adds up to paying them much less in interest, I was shocked. That would be like me setting up a talent show in Antarctica, a virtually uninhabited ice covered land mass. Why would I do that? It would be awful television and I’d get hypothermia. It would be bad business. But Barclaycard made the Repayment Calculator, so you should definitely use it,” Cowel says on the 60-second spot, which sees him fronting an Antarctica talent show.

The Repayment Calculator helps customers see how long it’ll take to pay off their credit card balance and how a small change to their monthly repayments could make a big difference.

Criticized by eco-campaigners for taking part in the advert for Barclays, which has funded fossil fuel extraction, creating a major climate change threat in the polar region, the Britain’s Got Talent head judge stated he only did it because it was “fun” and “it’s an important message” since “We could all do with a bit of advice on how to be better with our finances”.