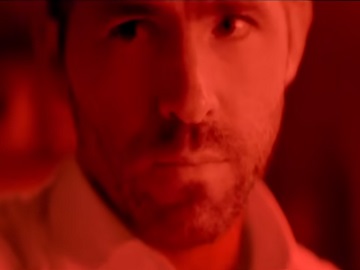 Armani has unveiled a new chapter in the Armani Code story: a short film starring Ryan Reynolds and Elodie Yung that brings to life, according to the brand, “the essence of modern sensuality: authenticity, effortless style and the right dose of irony”.

Directed by Reed Morano, the spot features the Golden Globe-nominated actor, who is also the new face of Armani Code, as a mysterious man dressed in a black tuxedo, who drives a 1964 Corvette Convertible and picks up Yung’s character at an abandoned waterfront. The two enter a darkroom, where they develop some photos and almost share a kiss as the chemistry between them becomes more and more obvious. Interrupted by the sound of a car with two men chasing them, Reynolds and Yung soon find themselves on the run. Arrived on the edge of a rooftop, they hold hands and get ready to jump.

Serving as soundtrack is “I Can’t Hear You” by American alternative rock band The Dead Weather, from their second studio album, “Sea of Cowards,” released in 2010.

Armani Code Absolu is available in both men’s and women’s edition. The latter, launched a month and a half after the men’s edition, is described as “an oriental floral fragrance that maintains the irresistible orange blossom, typical for the first and original edition of the Armani Code collection”. The new version, available in a golden flacon, has notes of citrus, ginger, neroli, mandarin, orange blossoms, white flowers, jasmine, tuberose, tonka beans, sandalwood, and vanilla.