Home / Food & Drinks / Applebee’s All You Can Eat Riblets, Tenders and Shrimp Commercial 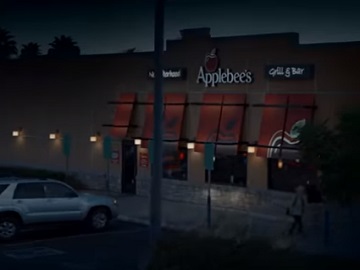 Applebee’s advertises its All You Can Eat menu in a new commercial, highlighting the new addition: shrimp.

Created like a movie trailer, the 30-second spot opens with Jason, a guy presented as “an ordinary man with an insatiable appetite until he got a call that changed everything.” Sitting on his couch, in the living room, with a bowl of popcorn in his hands, the character is then seen receiving a phone call and learning that Applebee’s All You Can Eat is back, with shrimp. The next second, he jumps out of his couch, starts the engine and heads to the nearest Applebee’s restaurant to place an order.

“This January, get ready to order,” the voiceover says at the end of the commercial, announcing that the “film” stars riblets, tenders and is introducing shrimp. Onscreen lines inform that the chain is now serving for $14,99 for a limited time only. The offer is valid per person, per order.

After proving itself a “smashing success in 2018,” All You Can Eat Riblets & Chicken Tenders returned to Applebee’s restaurants nationwide on December 31, 2018, with an addition: Double Crunch Shrimp. The Applewood-smoked pork riblets are served with a sweet Honey BBQ sauce, the juicy tenders are drenched in Honey Dijon, and the golden-brown shrimp is drizzled with a choice of cocktail or tartar sauce. The price starts at $14.99 for these meats plus a side of Coleslaw and All You Can Eat Classic Fries.