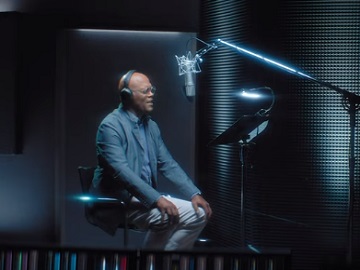 Amazon has enlisted Samuel L Jackson to lend his voice to Alexa. The online retailer has recently announced, at an event in Seattle, that its voice-enabled devices will feature Samuel L Jackson’s voice. “He’s in the cloud baby! Hollywood legend Samuel L. Jackson is here to add some fun to your Alexa experience,” Amazon commented.

The award-winning actor will follow up requests from customers and help them with various things, such as provide information about the weather, play music, tell jokes, and more – basically everything that Alexa does. This will be possible thanks to Amazon’s initiative of adding some features to Alexa devices. One of these features, that will be available on Alexa-devices as a 99-cent upgrade, includes the possibility for users to replace Alexa’s voice with the voice of a celebrity. In the future, other celebrities will lend their voices to Alexa, as well. For the moment, customers will be able to use two different versions of the Samuel L. Jackson Alexa: explicit and non-explicit.

Amazon also announced that Alexa’s regular voice is also getting a makeover in order to make it sound more natural.