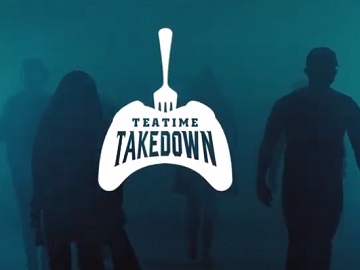 “Is gaming getting in the way of dinnertime?” If so, it won’t be that way any longer in the UK. Aldi has launched a new advertising campaign, called “Teatime Takedown,” aimed at helping families bring back family dinner time.

For the purpose, the discount supermarket chain has also enlisted a squad of professional gamers to enter the game of children who are not willing to put down their controllers and “take them down” forcing a furious rage quit around dinner time. The online service is called “Teatime Takedown” and parents interested must sign up through Facebook and then input the child’s gamer ID and the time of the takedown. Running over the next two long weekends (Friday to Sunday) from 17:00-20:30, Teatime Takedown will culminate on Mother’s Day (Sunday 31 March), when Aldi will extend the service from midday through to dinnertime.

The 30-second advert features some of the professional gamers that will join your kid’s game with the purpose to take them down. Footage of kids raging over losing a game is also included. “Getting kids out of the virtual world and back into the real world. Restore family dinnertime” onscreen lines read at the end of the video, which sees a boy joining his family for dinner.