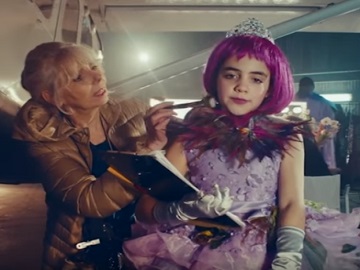 Vodafone promotes its ReConnect programme, which aims to bring talented women back into the workplace after a career break and fight gender inequality, in a new ad, released with the tagline #ConnectedSheCan.

“Why have there been so many male presidents, but so few women?”, “Why is it so difficult for mom to get back to work after having kids?”, “Why do you think of a pilot of a man and a flight attendant as a woman?”, “Why are almost all superheroes men?” are just some of the questions asked by child actors in the 60-second “Raising Voices” spot, launched across Vodafone’s markets, which tackles gender stereotypes and highlights that “Big changes can start from little questions.” “For kids, gender differences make no difference. Together we can make gender inequality a thing of the past.” onscreen lines read at the end of the advert, before the tagline “The future is exciting. Ready?” flashes across the screen.

The commitment to women’s empowerment and promoting gender equality is at the very core of Vodafone’s business, according to the company, which has also committed to join around 20 other companies in UN Women’s Unstereotype Alliance, a global coalition with the common goal to eliminate gender bias and harmful gender stereotypes in advertising.

The Vodafone ReConnect programme is designed to attract talented women across 26 countries who would like to return to work after having left the workplace for several years and are struggling to make the professional connections needed or refresh the skills required, according to Vodafone.