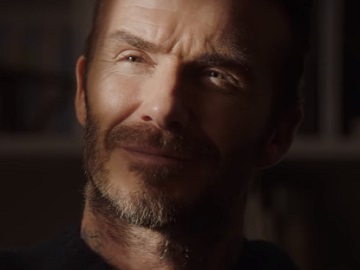 The 60-second spot features the football legend holding a TUDOR watch in his hands and presenting it as the first TUDOR watch that he has ever owned and he actually put on his wrist. He then goes on to recall the day he first saw it. “There’s a store in London close to Savile Row that I was in a few years back. And this caught my eye. And I love old, messed-up watches. It’s a 1969. It was behind a few other watches. I asked to pull it out and then I realized it was TUDOR. Yow know, I like to wear things. I don’t like to just kind of buy things to put them on show. I’d love to know the history behind it because it just looks like it’s been through the mill. And it’s beaten up, it’s scratched. And that gives it that kind of authenticity and that kind of history. I love that, I love that kind of thing,” Beckham reveals, mentioning that he’s wearing it most days so he likes to think that he has added “a scratch or two”.

According to the brand, Beckham, who is a TUDOR ambassador since 2017, wears the Black Bay Chrono, a COSC certified chronograph, with column-wheel manufacture caliber, drawing upon Tudor’s diving and motorsports heritage, and the Black Bay S&G, a vintage-inspired steel and gold diver’s watch.

First registered as a brand on behalf of Hans Wilsdorf, founder of Rolex, in 1926, TUDOR produces watches that respect the traditional Rolex philosophy of quality at a more accessible price point. Over the decades, TUDOR watches have been chosen by the boldest adventurers on land, underwater and on ice, the world over. The TUDOR collection includes emblematic models such as Black Bay, Pelagos and Style and since 2015 it has offered mechanical manufacture movements.

The brand announced today (October 31) that, as of today, Tudor Watch is available in Japan starting with two pop-up stores in Tokyo, one of which Daimaru was inaugurated by the All Blacks.