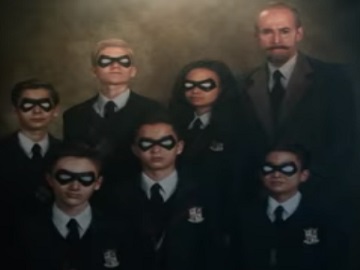 Netflix has released the official trailer for the upcoming series The Umbrella Academy, scheduled to premiere on February 15, 2019.

An adaptation of the comic book series of the same name, created by Gerard Way, the movie follows a dysfunctional family of superheroes that comes together to solve the mystery of their father’s death.

The song playing in the trailer is “I Think We’re Alone Now” by Tiffany.