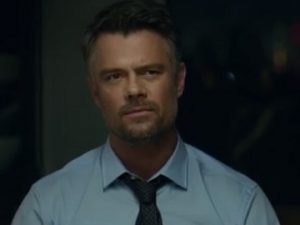 Taco Bell has released a trailer for a fake movie called Web of Fries, about why the Mexican fast-food chain doesn’t have fries on its menu, as a commercial promoting “the most-anticipated menu item release of the year”: Nacho Fries.

The 90-second promo, done by agency Deutsch and directed by Joseph Kosinski, stars actor Josh Duhamel as a family man on a quest to find out why Taco Bell has never sold fries. What follows is a journey that involves clues making him believe the chain always wanted to make fries (more specifically “fries seasoned in Mexican spices, dipped in nacho cheese sauce”), a mysterious man giving him never-heard-before information, a clown, stained shirts, a fight with his wife, who tells him that those Nacho Fries are “consuming” him, and a car chase with two clowns willing to make him disappear.

The Nacho Fries will make their debut in restaurants nationwide, starting January 25, for a limited time a la carte for $1. According to a press release, the fries will also be served Supreme for $2.49 or Bell Grande for $3.49, topped with beloved Taco Bell add-ons, including beef, Pico de Gallo, nacho cheese and sour cream. Bonus features will include a $5 box with fries, a Doritos Locos Taco, a Cheesy Gordita Crunch and Medium Drink.