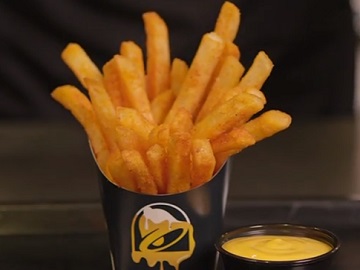 The 30-second spot informs that these “golden, crispy fries are seasoned with bold, Mexican spices and served with warm Nacho cheese sauce.” According to the Mexican restaurant chain, you can also get Nacho Fries Supreme or Belgrande, the Nacho Fries $5 Box, or customize your favorites with fries.

“Head to Taco Bell and try $1 Nacho Fries today.” – a final onscreen line reads, while it is also specified that the offer is valid at participating Taco Bell locations for a limited time only.