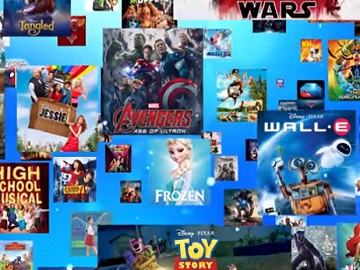 Stan Australia has got an epic announcement in a 60-second trailer, informing viewers that they can enjoy endless hours of movies and TV shows from Disney’s biggest brands.

“We’ve got an epic announcement: Disney is now on Stan. The big Disney blockbusters including Frozen, The Little Mermaid and The lion King. The might of Marvel Studios, every Thor, Avengers and Iron Man movie, Black Panther and more. The legends of Disney’s Pixar featuring every Toy Story movie: Coco, The Incredibles and Finding Nemo. The intergalactic adventures of Star Wars – The last Jedi, plus endless hours of Disney’s channel most loved shows and movies like Descendants, K.C. Undercover, Bunk, Camp Rock and Andi Mack. Your Disney favorites – all in an one place on Stan and still only $10 a month” – the spokeswoman says in the spot.