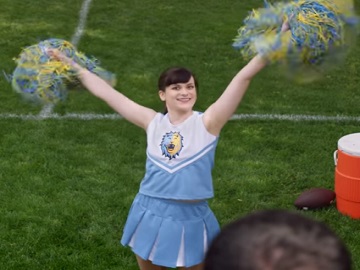 Snickers advertises its limited-edition Espresso, Fiery and Salty & Sweet ‘Intense Flavors’ bars in a series new commercials. Playing off the “You’re not you when you’re hungry” campaign, each flavor corresponds to a mood the Snickers can fix. Thus, the Fiery bar, with the illustration of a chili pepper on its packaging, is for those feeling wimpy, Espresso, with the illustration of a coffee bean on its packaging, is for the irritable, and Salty & Sweet for the indecisive.

The spot dedicated to the last one features a cheerleader cheering both teams ahead of a game, as she doesn’t know which one to choose.

An irritable grandma was chosen, instead, to star in the spot dedicated to the Espresso flavored bar.

The three new flavors, part of the “Hunger” collection, are now available at retailers nationwide, for a limited-time only.

The launch will be marked by an ‘intense’ pop-up organized by the Mars-owned brand on Tuesday, June 19, in New York City featuring “escape room-style” challenges related to each of the three new flavors. Set in a bunker-inspired room, the challenges will lead fans to give an answer to the question: “which intense flavor will you need to survive intense hunger?”.