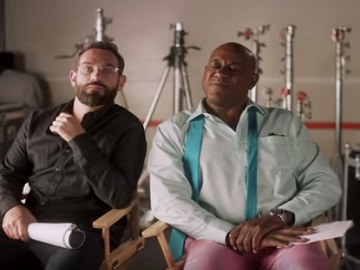 The Campaign for a Smarter Britain, the national campaign running in the UK to inform people about the new smart meter rollout, continues with a new advert, starring English chef, television presenter, and entertainer Ainsley Harriott.

The 20-second spot features Harriott looking for a body double and ignoring the man who looks just like him. “Forget it, no,” he says when his identical body double appears in front of him. When a younger and thinner man shows up, Harriott greets him and asks him to repeat this after him: “Smart meters could help save you energy. Yeah, boy”. The body double candidate only repeats “Yeah, boy,” but this doesn’t stop Harriott from concluding that he found his man.

At the end of the spot, an onscreen line urges viewers to request a smart meter from their energy supplier at no extra cost.